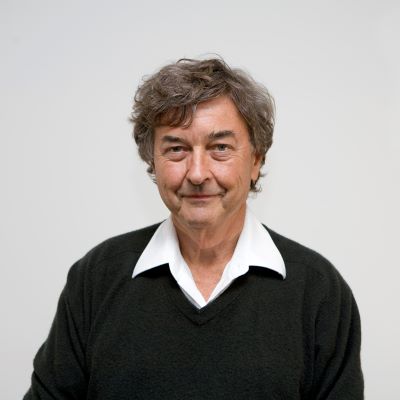 Dr. Phelps earned B.S. degrees in chemistry and mathematics at Western Washington State University, and a Ph.D. in chemistry, at Washington University, St. Louis. Dr. Phelps is the inventor of the Positron Emission Tomography (PET) scanner with Dr. Edward Hoffman. With his UCLA colleagues, he invented a PC controlled small, self-shielded cyclotron with automated synthesis of radiolabeled imaging probes for PET that formed the basis of the worldwide distribution of PET radiopharmacies. The probe synthesizer was invented by Drs. Jorge Barrio and Satyamurthy. With his UCLA colleagues and students, he developed numerous in vivo assays for PET to provide measures of biological processes for translation to molecular imaging diagnostics of the biology of disease in patient care. Dr. Phelps is a member of the National Academy of Science and the National Academy of Medicine. He has published 720 peer-reviewed scientific articles and 4 textbooks.

Dr. Phelps is the founder of the Crump Institute for Molecular Imaging that is a science and technology institute. He also founded the Department of Molecular & Medical Pharmacology that is the only pharmacology department in the world that contains the Nuclear Medicine and PET/CT clinical service and academic programs. This provides for the integration of in vivo molecular imaging diagnostics of the biology of disease with PET, in vitro molecular diagnostics in blood, and molecular & cell based therapeutics, all based upon the biology of disease. Along with UCLA and Caltech faculty, and public figures, Phelps founded Momentum, Biosciences (MoM), the first biotech incubator in the LA area.

He was one of the 3 founders of CTI Molecular Imaging, that after acquiring 45% of the CTI, Siemens purchased the remaining 55% in 2005.